Enough stimulation of or around a woman’s clitoris causes pelvic fullness and body tension to build up. (Some women also respond to stimulation of their G-spot.)

What’s in a Female Orgasm? 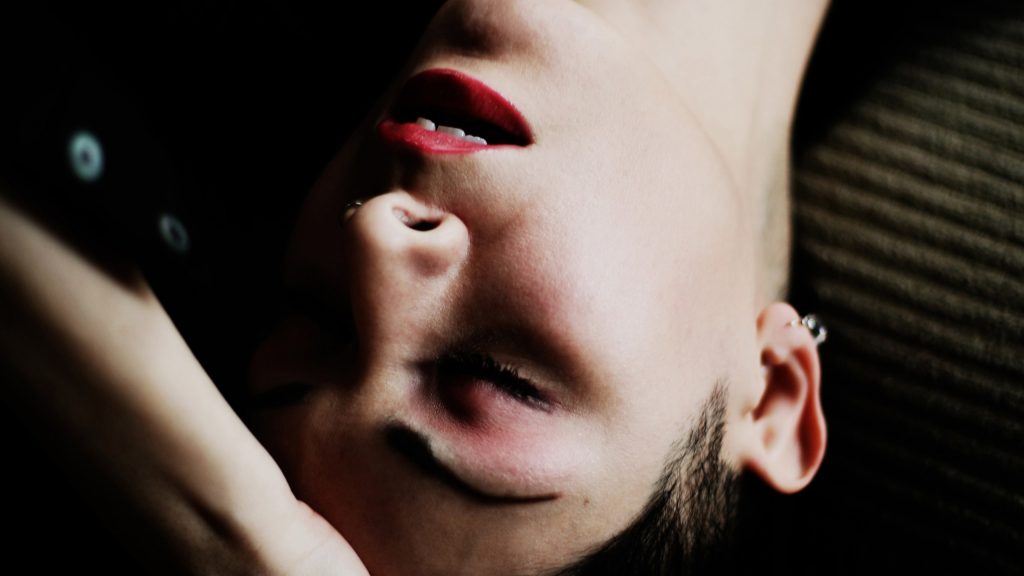 Orgasm is the point at which all the tension is suddenly released in a series of involuntary and pleasurable muscular contractions. Women feel the contractions in their vagina, uterus and/or rectum, although some women describe orgasms without any contractions at all.

Women have compared their orgasms to a mild hiccup, a sneeze, or a sigh. They’ve also been described in terms of ocean waves, and with adjectives such as sensuous, intense, and ecstatic.

There are many variations of a woman’s orgasm, and a wide range of accompanying feelings. What works, what feels good, and what is satisfying for a woman at any given moment is what counts.

The experience may differ, but the physiological response cycle is the same (from excitement through resolution). The Freudian concept of vaginal orgasms being more mature than clitoral ones is absolutely false.

Manual or oral stimulation of the clitoris is most usually a prerequisite for climax. (Think about it — could you imagine a man having an orgasm without stimulation of his penis? It’s possible, but certainly a rare occurrence.) On the other hand, a few women do report orgasm from G-spot stimulation alone.

The clitoris is more sensitive to sexual stimulation than the vagina because there is a much greater density of the nerve endings there.

The entire area above, to the sides, and below the clitoris is also highly sensitive to sexual stimulation. It can be so sensitive that some women don’t like their clitoris to be touched directly; they prefer stimulation around and to the sides of it. In fact, the clitoris has no other function than to provide a woman with sexual pleasure.

Women often report that there are two sexual positions that work well during intercourse to achieve orgasm. One is the “doggie” or “ducky” style, where the woman is on her hands and knees and her partner enters her from behind.

In this position, either partner can use their fingers to stimulate the clitoris during intercourse. The other favored position is the “woman-on-top,” where she can lean forward toward her partner so that her clitoris can rub against his body.

Some women do favor “missionary,” but there are many more sexual positions that can make it even more pleasurable for her. Experiment a little.

Remember, a substantial amount of stimulation of the genital area is necessary for a woman to experience orgasm. The exact area and type of stimulation vary from woman to woman.

If two women have the same emotional involvement with the same man, his love-making technique might arouse the first woman, but the same approach might do nothing for the second. It’s important to communicate with your partner in order to get what you need to reach a climax.

Masters and Johnson (two ground-breaking sex therapists) divided the sexual response cycle into four phases: excitement, plateau, orgasm, and resolution. There is no distinct beginning or end to each phase; they are actually part of a continuous process of sexual response. Following is a description of the changes that occur in a woman’s body when she is stimulated to orgasm.

As a woman becomes aroused, blood starts to accumulate in the pelvic area. Vaginal lubrication begins. NOTE: The presence of lubrication does not necessarily mean that a woman is ready for intercourse. And it’s certainly no indication of being close to an orgasm. Penetration would be much more pleasurable if other forms of stimulation were continued for awhile longer.

As sexual stimulation continues, the vagina expands and lengthens. The outer lips, inner lips, clitoris, and sometimes the breasts begin to look swollen or enlarged.

During this phase, the vaginal lips become even puffier. The tissues of the walls of the outer third of the vagina swell with blood and the opening to the vagina narrows. The clitoris may appear to be lost somewhere in its hood. Breathing and pulse rate quicken. A “sex flush” may appear on the stomach, breasts, shoulders, neck, or face. The areolas of the nipples may swell. Many of a woman’s muscles, like those in the thighs, hips, hands, or buttocks, may tighten.

During orgasm, the first third of the vaginal walls contract rhythmically every .8 second for a brief period. (The number and intensity of the contractions vary depending on the individual orgasm.) The muscles of the uterus will also contract. In many women, the contractions are barely noticeable. Sometimes the orgasm comes with a reflex grasping-type muscular response of the hands and feet. Some women feel warmth emanating from their genitals.

Since orgasm is most often triggered by clitoral stimulation, the excitement usually stops if the stimulation stops. Any incomplete release can be frustrating. Consistent, continuous stimulation in the particular way each woman wants it is required to bring a woman to orgasm.

This is when the genitals return to their normal resting state. This phase can last from a few minutes to a half hour or longer. Swelling recedes, any sex flush will disappear, and there is a general relaxation of muscular tension. The uterus and clitoris return to their usual position. Some women experience soreness in their clitoral area for a few minutes after orgasm.

Nearly all women are capable of being stimulated to orgasm again before their resolution phase is complete. While men need a resting (or refractory) period after orgasm, women are made to keep going!

Other women feel complete after one orgasm and are not interested in seconds or thirds. A woman’s ability to be multi-orgasmic may also depend on the circumstances of a particular sexual encounter. (Is she comfortable with her partner? Does she have enough energy to have more than one? Is the technique working for her?)

What’s important is not the number of orgasms, but a woman’s own orgasmic pattern and her satisfaction with it. Some women reach orgasm quickly, others more slowly. Many have one strong orgasm, others have many mild ones. And there are a million variations in between.

For some women, the first orgasm is the strongest and the rest are milder; for others, it’s just the opposite. What really matters is that there is not a whole lot of time spent comparing, but instead that each woman is comfortable with the way her body responds.

Because everyone is so different, it is also unrealistic to expect simultaneous orgasms. If it happens, great. But don’t put pressure on yourself or your partner if it doesn’t. All that is really important is that you both enjoy yourselves! 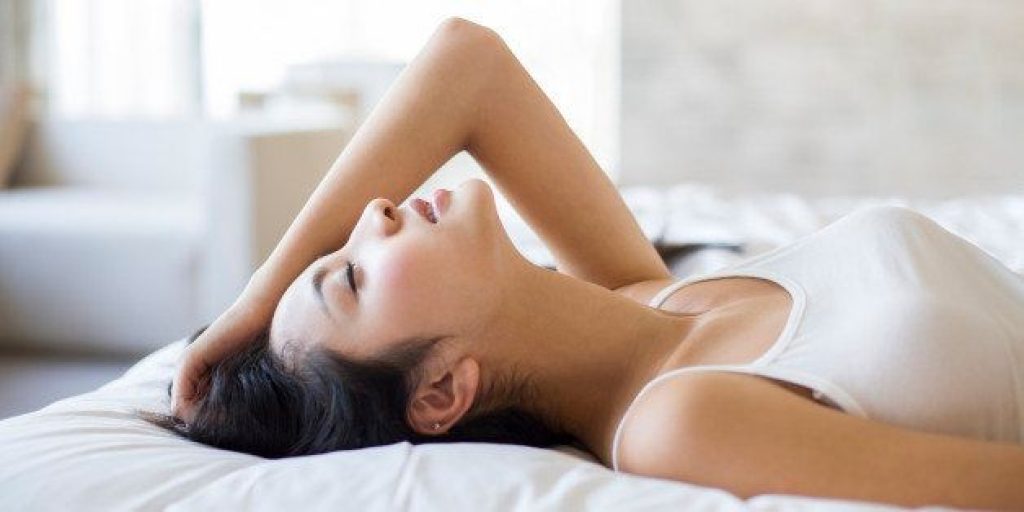 Orgasm is a natural and normal release of sexual tension. A number of common fears, false expectations, and misinformation, however, lead to large numbers of women failing to reach their sexual potential.

1. The man is responsible for a woman’s orgasm.

It may sound old-fashioned, but once we get into the bedroom, people’s ideas of how things should be tend to revert to another era.

The truth is, men are no more experts on human sexuality than women. No one knows your body better than you do. It’s your own responsibility to relax enough to allow yourself an orgasm. Unfortunately, no one’s going to do it for you. You’re in control.

2. Orgasm should occur through intercourse alone.

See the section on vaginal vs. clitoral orgasms to dispel this myth. Remember, the clitoris is the female sex organ, not the vagina!

Depending upon what you learned as a child about sex, expressing your own sexuality can be seen as shameful or wrong. While there may be some damaging long-term effects from this, it is something that can be “unlearned” as you develop the fullness of your own sexuality.

4. I’ll look ugly when I orgasm. I might lose control.

Most men (and women, too) think women look beautiful when they’re ecstatic during orgasm. Sure, you might lose control, but isn’t that what release is all about?

I’m afraid I won’t have an orgasm and I’ll be a failure.

By deciding ahead of time that you’ll fail, you set yourself up so you don’t have to do anything to have one. It’s a self-fulfilling prophecy. Becoming orgasmic means pushing past your fears and making strides towards embracing your own sexuality.

Why Some Women Fake Orgasms

There is such a heavy emphasis on orgasm during sex that many people believe that if their partner doesn’t have an orgasm, the sex wasn’t any good. In fact, some men and women think they have to generate not one but multiple orgasms for their partner each time they have sex. And the orgasms have to be quick and loud, so that their partners can feel good about themselves and their sexual prowess.

When a woman’s partner is a man

It takes less time and is physiologically easier for men to orgasm during penile-vaginal intercourse because this sexual act is designed to stimulate the male sexual organ.

On the other hand, it takes most women longer to lubricate, engorge, and release, and it usually takes some extra clitoral stimulation for women to achieve orgasm during this same sex act.

But, instead of communicating and working on a way for both partners to have sexual satisfaction, many women will fake an orgasm when the man is climaxing. Women do this because they have gotten the message from men, other women and the media that this is what men want.

Some women will fake it because they are tired or just plain “done” and want to stop having sex. They think it would make everyone happier just to “fake it and get it over with.” And some would rather fake orgasm than admit they are not satisfied with the kind of sex they are having and suggest changes.

So, how do you know if a woman’s faking an orgasm or not?

Ask her — just not while she’s in the throes of passion or right after you’ve made love. Ask her at a neutral time, when you both are feeling relaxed and good about the relationship. Ask her if she’s ever felt pressured to fake an orgasm.

If she says yes, ask her about the circumstances surrounding it. This is a great opportunity for you to find out what she likes in bed and to let her know if there’s anything you’d like to be different, too. There’s a good chance that your sex life will improve significantly from the discussion.

Many women experience difficulties reaching orgasm with a lover for many reasons. The following are some of the more common ones.

If any of these ring true, don’t blame yourself. Many women have sexual problems with their partners or at certain times in their lives. The good news is that all of these causes can be fairly easily remedied with more communication between you and your partner. If this doesn’t work you can also try couples counseling.

NOTE: For some women, experiencing orgasm difficulty is the result of physical problems, chemical or hormonal imbalance, drug side effects or even previous psychological trauma. Such situations may require more extensive sex therapy or other therapeutic measures. Discuss your specific circumstances with your medical doctor or therapist