You are Here: Home » Female Libido » Achieving Vaginal Orgasm: All You Ever Wanted To Know (but were afraid to ask)

Achieving Vaginal Orgasm: All You Ever Wanted To Know (but were afraid to ask)

Sure, we all love orgasms, but do we really understand them? For men, there’s not that much to know – a little repetitive motion will pretty much always result in a few seconds of dopamine-flooded ecstasy and a strong desire to take a nap afterwards.

Women’s bodies, on the other hand, are a bit more complicated. In order for a woman to climax, she needs to be stimulated in a way that often goes above and beyond simple penetration – and that’s where sex toys come in.

This is because there are actually several different types of orgasms a woman can have, and many ways to help women reach a specific climax. So, depending on whether you want to achieve a clitoral or vaginal orgasm, you might find yourself having to decide between a Lelo Gigi and a Lelo Soraya. Confused? Then let’s take a closer look at the three types of female orgasm.

Penetrative (or vaginal) orgasms occur when the inside of the vagina is stimulated by a continuous movement or touching. This can also be known as a G-spot orgasm, in reference to the bundle of nerves in the back of the vaginal canal that Ernst Grafenberg first described.

Climax is nearly always the result when the G-spot is properly stimulated.

But don’t be cheap here, guys. Although most men like to think that their penis is the ideal tool to help a woman achieve a vaginal orgasm, this is just not the case. A vaginal orgasm requires a lot of motion, but it also takes spot-on placement. 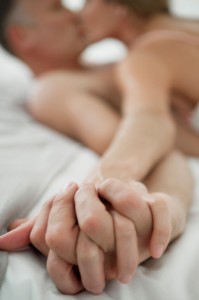 As many women have already discovered, climaxing doesn’t actually require penetration. The clitoris, for those not in the know, is the little bean-shaped organ at the top of the vagina that serves as the female body’s most sensitive erogenous zone.

Containing twice the number of nerve endings as the tip of a penis, the clitoris can induce orgasms that are two times as intense as those achieved through vaginal stimulation, and with much less effort. In fact, the clitoris is so sensitive that stimulating it is the only way many women are able to climax at all.

While rubbing, licking and body contact are all tried-and-true methods of inducing a clitoral orgasm, the most efficient way for a woman to get herself off is by stimulating herself with intense and concentrated vibrations, like the kind provided by clitoral massagers.

These small, egg-shaped vibrators, also known as “pocket rockets,” are designed to hit the clit with better vibrations than the Beach Boys could have ever imagined. Unlike vibrators, which have to be long enough to hit the G-spot, clitoral stimulators like the Lelo Siri are made short and squat so that they’re easy to use with one hand while providing the little organ with the maximum possible amount of vibrating surface area.

If you can only achieve orgasm through clitoral stimulation – or if you just need something that’s easily concealable when traveling – one of these little monsters is definitely the way to go.

If a woman is able to orgasm during sexual intercourse, it’s usually the result of simultaneous vaginal and clitoral stimulation. In fact, a pretty intense climax is possible when a woman or her partner gives attention to both. Guys, if you’ve ever wondered why some women can only come when they’re “on top,” it’s because that position provides the best angle for penetration while also allowing her to rub her clitoris against your pelvic bone.

With this notion of vaginal and clitoral teamwork in mind, many sex toy manufacturers have released vibrators that stimulate both the clitoris and the G-spot. Toys like the space-age Soraya or the famous Rabbit vibe from “Sex and the City” provide deep vibration as well as a jutted knob designed to give your clitoris some TLC. Because of their versatility, these vibrators are the sex toys of choice for many women. If you’re curious about the power of a dual orgasm, they’re definitely something to investigate.

If you’ve followed our guide and you feel ready to pick out the best toy for your orgasm, then sift through our reviews today. Modesty might be a virtue, but we’re not ashamed to say that we’ve got the best variety of sex toys on the web, and at Paris Intimates, you’ll have no trouble finding the perfect little tool for you.