You are Here: Home » Misadventures » How to Make Your Own Sex Tape

How to Make Your Own Sex Tape

The only thing we love more than sex is making movies of ourselves having it. Since the invention of the “record” button, loving couples, friends-with-benefits and dozens of celebrities have been filming themselves getting frisky for the camera, and if we’re to judge by the number of leaked videos on the Internet, the trend isn’t slowing down any time soon.

If you’ve finally talked that special someone into taking the plunge and getting steamy with you in front of that little red light, here are a few sex tips you can use to make sure that your next home movie is a real blockbuster: 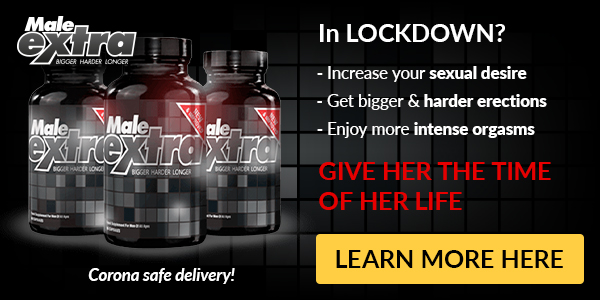 Use the Right Camera

If you’re going to properly document your amorous adventures, you need the right gear for the job. Your camera should be easy to operate with one hand and should include an adjustable viewfinder so that you can monitor those creatively angled shots.

While an HD camera is a must for lovers that seek near-professional quality video, you don’t need to break the bank on top-of-the-line equipment. You can pick up a quality mini HD camera at most electronics stores for less than $300.

Cameras require a lot of light to capture an image, so make sure you’ve got several sources on hand before starting your shoot. If you’re filming in the bedroom, turn on the overhead lights as well as the bedside lamps, and don’t be afraid to take portable lights with you to other locations.

After all, it’s better to make the neighbors wonder why there are lamps in the backyard than it is to have your garden scene end up a dark, grainy mess. Worried about your complexion? You can soften the brightness by using thin paper lampshades – or just use some editing software.

Get Ready for Your Close-Up

Let this sink in: you’re about to be naked on camera. While you might not usually groom yourself before sex, now’s a good time to start, because a stray back hair or a wayward pimple will definitely steal the spotlight from an otherwise steamy scene.

Shower, shave and trim yourself up like you would if you were going to be in an actual movie, and don’t be afraid to ask your co-star to give you a once-over before hitting the “record” button. If you’re totally comfortable with your body before filming, it will be a lot easier to get into the movie when you finally sit down to watch it.

It’s not uncommon for new movie stars to get camera-shy before the big shoot, but you shouldn’t let your nerves show on camera. A sex tape is steamiest when the stars are able to let their hair down and really get wild with one another. Try having a few drinks before filming to calm you down and lower your inhibitions – just make sure that all of the equipment still works, if you know what we mean.

Watching a 20-minute sex session shot from one fixed spot isn’t fun for anybody, so get creative with your camera. Shoot from different angles, and take turns filming so that you get both points of view – and don’t forget to change positions often.

Incorporating some sexy accessories never hurts, either. Lelo vibrators will most definitely change the way you think about props.

Although sex tapes might be the hottest thing since five-alarm chili, a leaked recording of your amorous adventure can have a huge impact on your career and reputation – just ask Colin Farrell, Pamela Anderson or Paris Hilton.

In order to avoid seeing your private parts turn up on the Internet, make sure to never – we repeat, never – make copies of your sex tape, and always keep the original video somewhere safe and secure. And if you and your co-star ever break up, then destroy any evidence of the two of you being all naked together. That’s just too much power to risk putting into the wrong hands.

Tags: how to film a sex tapehow to make your own sex tape

What Your Sex Toy Says About Your Personality

Digital Love – How Pornography Made the Internet As We Know It