After the Jack Rabbit made its appearance on Sex and the City, rabbit vibrators have been amongst the hottest selling products in the industry. Although the exposure on TV was a definite boost, much of their popularity comes from the pleasure received from the dual stimulation of both the vagina and the clitoris.

Rabbit vibrators typically consist of a shaft for vaginal penetration, as well as a second arm, usually shaped as rabbit ears, that is designed to simultaneously stimulate the clitoris. Some models have other features to improve targeting the G-Spot; like a cavity in the shaft filled with beads, and even a rotating primary shaft!

There are a lot of options, so make sure to have a good look before you decide which one is right for you!

It has 10 tantalizing vibrations not to mention a rabbit stimulator that works on you until you can’t take the bliss anymore. You can increase the intensity with a single and an easy push button for all the pleasure you need.

It has 15 patterns and speeds and two powerful motors which gives you all the stimulation you will ever want.

One of the motors is in the curved shaft and it has 9 patterns and 3 speeds which offer an intense massage. Combine this with 3 speeds in the flexible ears and you are in for a powerful massage.

There are different rabbit vibrators for beginners and for petite people. Therefore it is important to check on the size before that purchase. Also, there’s a smaller version of rabbit vibrators for people who travel frequently and they don’t want to put their business out there. Small rabbit vibrators are quite discrete as compared to the normal sized ones which means they are easier to pack and hide.

Rabbit vibrators have evolved since their conception and some rabbit toys now have a trademark chamber mid-way up the shaft. The chamber holds dozens of pearl beads, which rotate inside the shaft to massage your inner walls and enrich your experience.

Which rabbit is for you? 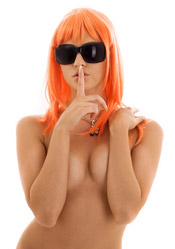 There is a wide variety of rabbit vibrators available so don’t be daunted if you are first looking and you see an abundance to choose between.

Essentially they all offer the two key functions, vaginal and clitoral stimulation, however the difference between the rabbits is the different speeds and function of vibration and the length of the shaft.

The more expensive rabbits have more speeds and variations of vibrations, where as the cheaper rabbits, while they still stimulate the vagina and the clitoris, they do not have as many speeds of vibration or rotating pearls inside the shaft. 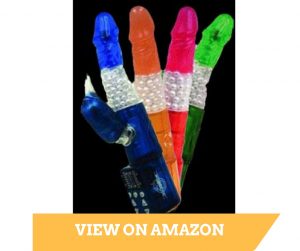 Even though it is more expensive than other models that appear to have the same functions, I decided to go with popular opinion and I bought the iVibe…..and, there’s a reason why it is so widely spoken about, it is simply amazing.

One, its waterproof which was a huge selling point for me as I love to play around in the bath.

Two, the speeds and functions are amazing.

One of the best things about the iVibe Rabbit is as it is waterproof, it is ideal for women who are really busy and and find it had to find the time to get the sexual gratification they need.

Single women need sexual pleasure, and using the iVibe rabbit in the shower in the morning is the answer to every women’s prayers. Put your conditioner in and while its moisturizing your hair, massage your body with the iVibe.

If you struggle getting yourself out of bed and into the groove for work, just think about a shower with your iVibe and you’ll automatically get a spring on your step!

I really wanted to buy a rabbit vibrators when I came across this one. I’d never really experimented with my butt before so I thought what they hell… I’ll spend more money and get a toy that pleasures all spots – and that it really does!

Seriously there is hours of fun in this toy and its so worth the money.

The butt plug is a great size – for someone who hadn’t used products in their arse before, this one goes down a treat.

My tip is just put a little bit in your butt at a time, then start using the rabbit vibrators and as you become excited your arse muscles relax and you get even more enjoyment out of the butt plug.

I like to tease myself as I am coming close to a clitoral orgasm I take the vibrations of the clitoris and concentrate on my g-spot and arse.

The Aqua rabbit is a really nice size and it is a nice shape pleasing to the eye. Having said that, I thought that playing in the shower might not be much fun so I had a ‘dry run’ to put it through it’s paces.

As it turns out the toy far exceeded my expectations.

I have tried about 20 vibes for and I thought here we go, just another lamb to the slaughter. . Or so I thought.. As it turned out, I really like the Aqua Rabbit.

It seems to be just the right size for me and the end of the vibe hits the top and my cervix just as the clitoral stimulator is making nice firm contact with my clitoris.

The Aqua Rabbit has 2 motors, one in the clitoral stimulator and one in the tip which. They give powerful effortless orgasms and definitely I emerge from my shower with a warm glow and a totally content body.

In a busy house it is difficult to get time to play and this is where the toy really scores as in the shower it is totally silent.

Use your rabbit with your partner

Rabbit vibrators are also great to use to with your partner before and during sex. Talk to them before you produce it in the bedroom during sex as you would not want to offend your partner and let them think that they are not satisfying you. Talk about using the rabbit before sex and then let it enhance your sex lives. They can be incredibly fun to play during foreplay.

Like any sex toy, it is important to clean your rabbit and keep it in a spot where it is going to gather the least amount of dust as possible. Buying anti-bacterial toy cleaner should go hand in hand with buying any sex toy. Warm water and soap is good, but anti-bacterial cleaner is much better.

Rabbit Vibrators are suitable for all women as they have a wide range of speed settings to suit your personal tastes and desires. The speed is controlled from a unit attached to the base of the shaft and is easy to operate while you play.

It is always best to start off slow, as the sensation from the tickler can be incredibly intense, particularly for a beginner! But you’ll find that slowly increasing the speed of the Rabbit as you approach climax is a great way to get bigger and better orgasms.

Related Articles
We will be happy to hear your thoughts

Symptoms of Low Testosterone in Men

How to Overcome Delayed Ejaculation

What is Jelqing and Does it Really Work?